The Link Between Migraines And Oral Bacteria

If you suffer from migraines, you are not alone. In the United States, migraines have been found to impact approximately 35 million people, according to the Migraine Institute. Migraines can be a real nuisance, especially when you are not sure why they are occurring. Surprisingly, your dentist may be able to help. A study published in 2016 by researchers at the University of California San Diego School of Medicine revealed a potential connection between specific oral bacteria and the onset of migraines.

They found that individuals who suffered from migraines had significantly more microorganisms with the capability of modifying nitrates than individuals not suffering from migraines. Previous research has suggested a link between consumption of nitrates from foods and severe headaches. Nitrates and nitrites are typically found in foods including processed meats, alcohol, chocolate, and certain vegetables like spinach, lettuce, and celery for instance. They are also found in certain medications. Certain oral bacteria are capable of turning these nitrates into nitrites, which can then be turned into nitric oxide under certain conditions. On the bright side, nitric oxide has been found to be positive for heart health by helping to improve blood flow and lower blood pressure. Yet, other research has shown nitric oxide as a potential trigger for migraines. In fact, one study showed that approximately four in five patients with heart issues taking nitrate-containing drugs have reported severe headaches as a side effect. Researcher Embriette Hyde, PhD stated, “We now also have a potential connection to migraines, though it remains to be seen whether these bacteria are a cause or result of migraines, or are indirectly linked in some other way.”

Other potential oral causes of migraines include temporomandibular disorders (TMD). These disorders typically involve pain and discomfort in the jaws and can be diagnosed and managed by dental professionals. Practicing good oral hygiene, visiting your dentist regularly, and monitoring your diet may go a long way in helping to prevent migraines. Toothbrushing and flossing are necessary to help keep oral bacteria at bay and can help you avoid unwanted health issues. If you are experiencing frequent migraines, be sure to let your healthcare professional know. 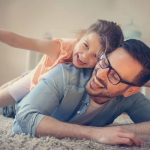 The Importance of Preventative Dental CareUncategorised 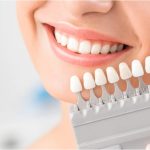 In-Office vs. At Home Teeth WhiteningUncategorised